“Forgiveness is the answer to the child’s dream of a miracle by which what is broken is made whole again, what is soiled is made clean again.”
– Dag Hammarskjold

As I was in the car on my way home a few days ago, I heard the radio DJ report a recent murder (one that happened this past Easter Sunday) in which the shooter uploaded a video to Facebook wherein he shot a 74-year-old man by the name of Robert Godwin Sr.
His reasoning?
His girlfriend drove him to do it. That’s the claim he makes in the video. Not that he has personal issues with the man he shot or that he even knows the man at all, but just in a fit of rage (which he claimed was his girlfriend’s fault) he decided to take 74-year-old, father of 10 children, Robert Godwin Sr.’s life.
What I heard next really resonated with me:

The family of Robert Godwin Sr. has offered their forgiveness to the man who allegedly shot him on Sunday and uploaded the video to Facebook.

“Each of us forgives the killer, the murderer,” Godwin’s daughter, Tonya Godwin-Baines told local TV station FOX 8. “We want to wrap our arms around him.”

“I want him to know that God loves him,” Godwin-Baines continued. “We love him. Yes, we’re hurt. But we have to forgive him, because if we don’t forgive him, the Bible says your Heavenly Father won’t forgive you.”

Added Godwin’s tearful son, Robert Godwin Jr.: “Steve, I forgive you. I’m not happy [with] what you did but I forgive you,”

When I heard this over the radio, they played the clip of the children actually saying this and they were getting these amazingly selfless words out through their heart aching, grief-filled cries.
How incredible that they would take such an attitude towards the man who killed their father. Such an attitude that they would wish and even consider wrapping their arms around this man.
It really spoke to me in that it was a reminder of the multitude of sins that forgiveness covers… which can make the things that I find quite hard to forgive very minuscule on the grand scale of things.

Forgiveness is one of the hardest attitudes to possess. And it is just that, an attitude.

It’s easy to think that forgiving is more of an action. You’re only ever faced with the act of forgiving someone if said person did something that requires your forgiveness.
Even if someone apologizes for their wrongdoing (which doesn’t always happen) it’s easy to say “That’s okay” or “I forgive you” and still have a heart harbored with bitterness.
This type of forgiveness is not true forgiveness at all.
Like all hard things, an attitude of true forgiveness is one of the most rewarding things that benefit you in your personal growth.

Lie #1: Forgiving = Forgetting and Moving On

If that were the case, we’d be running into the same exact situations over and over and over again, and that is not growth.
In fact, it takes a strong person to accomplish true forgiveness in that you remember the negative experience, learn from it, take from it what you need to, and say “Thank you for waking me up, and letting me know what I need to be more careful about next time around”.

Whatever wrong anyone has done to you is merely evidence of their inward struggle with their sinful nature, not who they are. We all struggle with something. No one should allow the wrong others have done to taint his own character by how he goes about treating those who’ve wronged him.
Not only is it not fair, but truthfully we are all in need of forgiveness of our sinful nature. We are not denied that by God, so who are we to deny someone else of that?
True forgiveness is allowing people the room to be human and loving them, in spite of their humanity.

Lie #3: Forgiving = Keeping Record of Wrongdoings, So You Can Bring It Up Later

There is a fine line between remembering wrongdoing so you can do all you can in your power to avoid it and remembering so when someone makes a mistake, you can remind them of all their past mistakes.
This not only shows a lack of forgiveness but a lack of love.

Lie #4: Forgiveness= Ghosting On Someone Whose Wronged You

Ghosting is an easy and comfortable answer. Since when does anything morally good in life come from something easy and comfortable? Typically, it’s the hard things you do that dish out the best benefits.
You do not have to be besties with someone who has wronged you, but you don’t have to shun them either. I used to be extremely guilty of this  but in no way did it allow me to learn how to love people in spite of their imperfections. Even if those imperfections are at my loss.
Instead, it caused me to kind of unknowingly adopt this attitude of self-righteousness and maybe even a little pride.
The most perfect example of an attitude of forgiveness is that no matter the magnitude of the wrongdoing, you acknowledge that people who are hurting hurt other people. God doesn’t deem you nonexistent when you sin, so who are you to deem others nonexistent when they sin against you?

This is the hardest one to come to terms with, but you can’t argue with the bible. Jesus himself describes true forgiveness best:

“Then Peter came up and said to him, “Lord, how often will my brother sin against me, and I forgive him? As many as seven times?” Jesus said to him, “I do not say to you seven times, but seventy times seven”
-Matthew 18:21-22

That’s 490 times…. truth be told… I mean tell me if I’m wrong but no one lives long enough to forgive each and every individual person that comes into their life 490 times. Do we even know anyone long enough to? I think that was the point here.
Learning how to exhibit an attitude of true forgiveness proves itself difficult and emotionally distressing at times (can you imagine the distress that the children of Robert Godwin Sr. felt when they found out about their fathers sudden death?) But there is so much freedom in letting things go and remembering that at some point or another, you’ll require the forgiveness of someone else too. Mainly God’s forgiveness, but even from those, you come into contact with as you live your life.

So I have two questions for you.

How far do you think is too far to extend true forgiveness to someone?
And secondly, Is that same measure the extent to which God forgives you?
If the answer is no, it may be time to reconsider your idea of forgiveness.

“How far you go in life depends on your being tender with the young, compassionate with the aged, sympathetic with the striving and tolerant of the weak and strong. Because someday in your life you will have been all of these.”

8 thoughts on “Lies About Forgiveness” 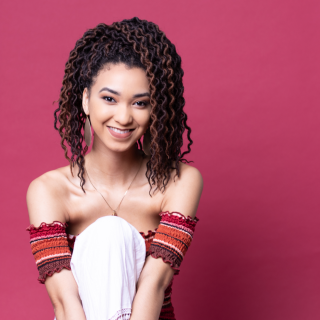 Hey there! I'm glad you could stop by. Welcome to my little corner of the internet! Here you'll find posts on various aspects of adulting, trying new things, lessons learned the hard (and easy) way, and more personal growth-related posts. If you like what you see, hit that little follow button down below(: